I began this project, Promised Land, in December of 2020, when contractors across the border states were racing to build the border wall.  I wanted to find out who the United States was trying to keep out, and why.  I began volunteering in migrant respite centers in both the United States and Mexico.  I began volunteering with groups who search for missing migrants, groups who leave water in the desert.  I wanted to know how US policies were affecting human lives on both sides of the border.  Volunteering with organizations who give humanitarian aid, for me, is an important facet in creating this work, to be able to further educate myself in the realities migrants face on both sides of the border, to be able to convey this story more responsibly.

My 8x10 format camera, built in the 1930s, is as necessary to my process. The qualities that make the camera slow to work are exactly why: it requires a collaboration between the image’s subject and myself.  If I am creating a portrait, the person in front of my lens must be comfortable; I spend time with each person, engaging in conversation, hearing their stories.  If I am making a landscape, I must wait in that place for the light.

My father recently found a newspaper photograph on eBay of his father, taken on the day my family was granted asylum to the United States in January of 1969. The importance of this photograph resonated through my family, a document of our own migratory history. In January of 1969, my father, his parents, and siblings were granted asylum in the United States as refugees from Morocco. When I was a child, he gave me the booklet he studied to receive his citizenship, an heirloom. I slept under a large map of the United States nailed to the wall above my bed. I understood he had to fight to become a citizen of this country. I understood I should be proud to be an American.

Being able to see each other with loving attention affects how we treat one another. A slow document, a record of people telling their own stories, on their own terms, is the only way I know to create systemic opportunities for empathy during a migratory crisis that is just beginning, one that will only escalate in the era of climate change. 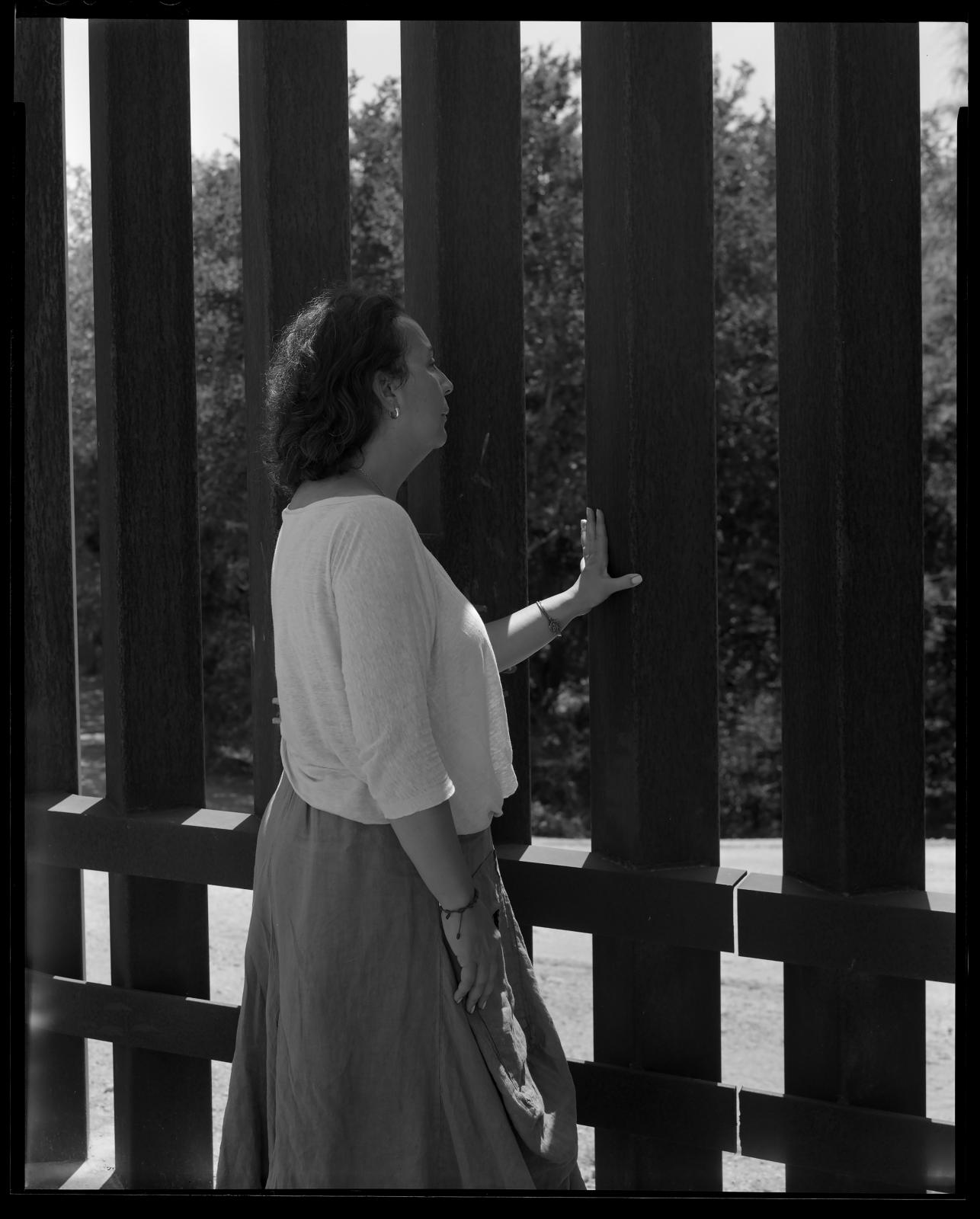 Carmen Seleme McDermott, a volunteer from the Catholic Charities of the Rio Grande Valley, sees the 30 foot wall dividing Mexico from the United States in Texas for the first time. 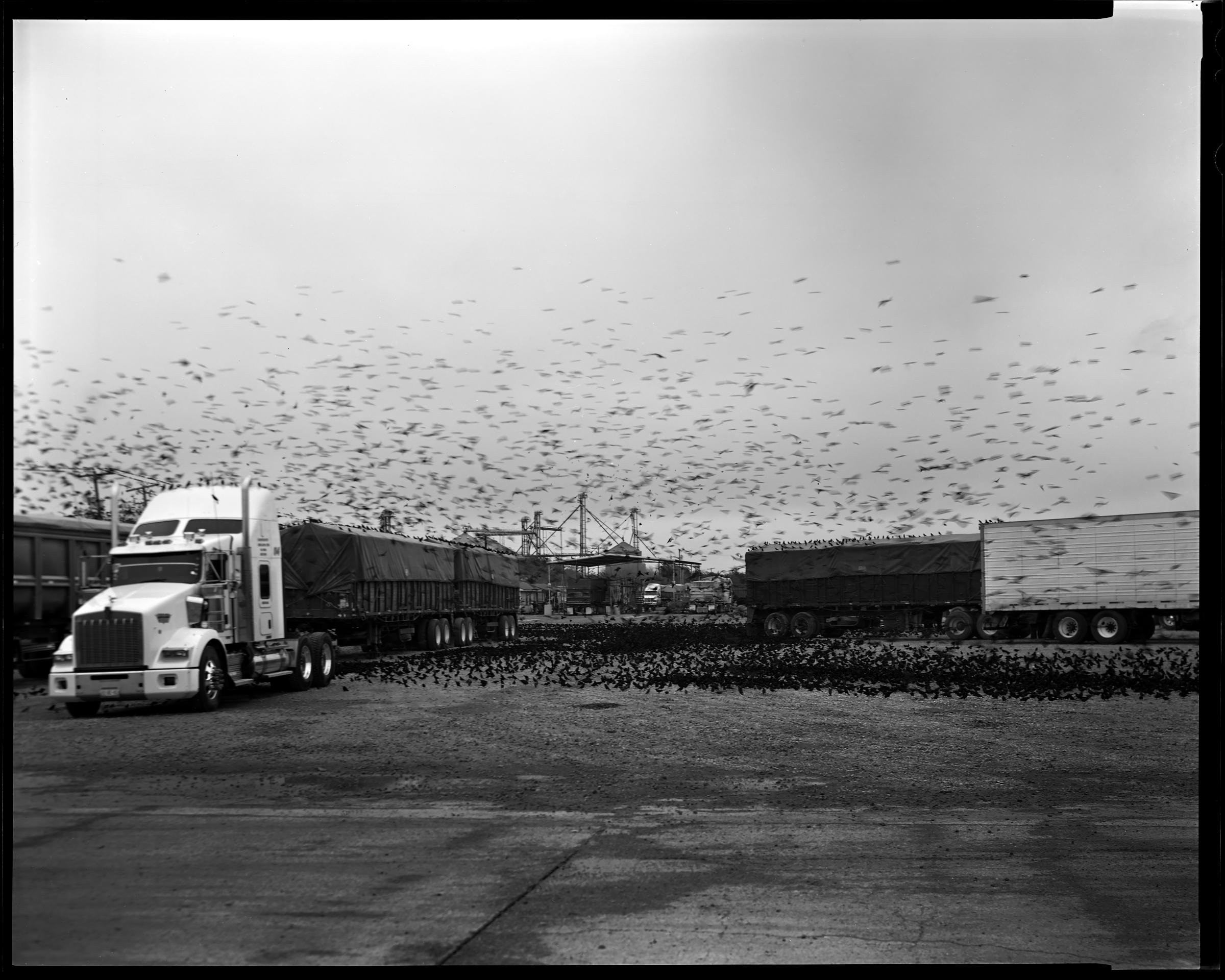 The Rio Grande Valley sees a lot of migratory birds during winter months.  The birds are able to traverse the border, despite the wall. 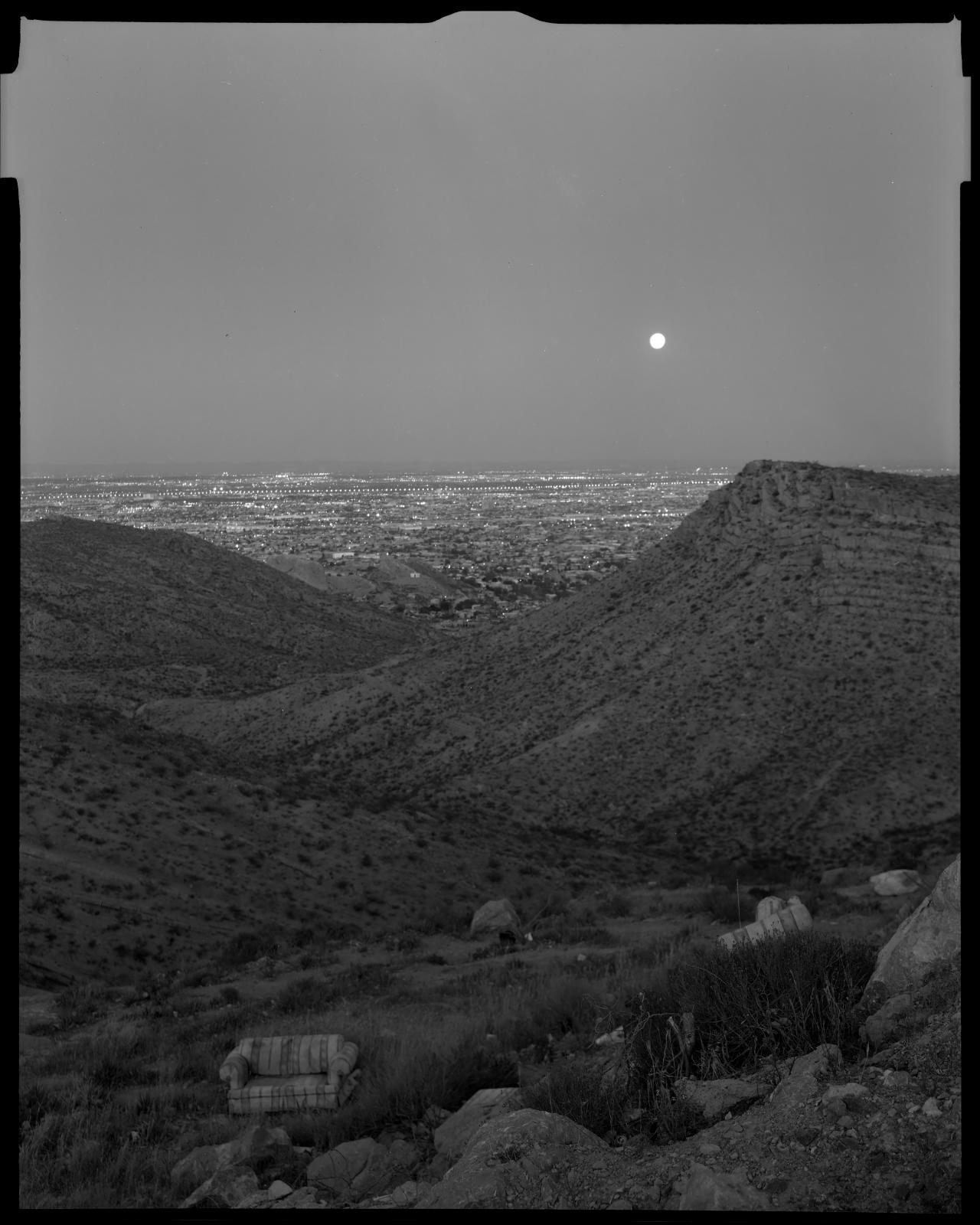 From the mountains in Juárez, one can see the line of white lights stretching along the border fence of El Paso. 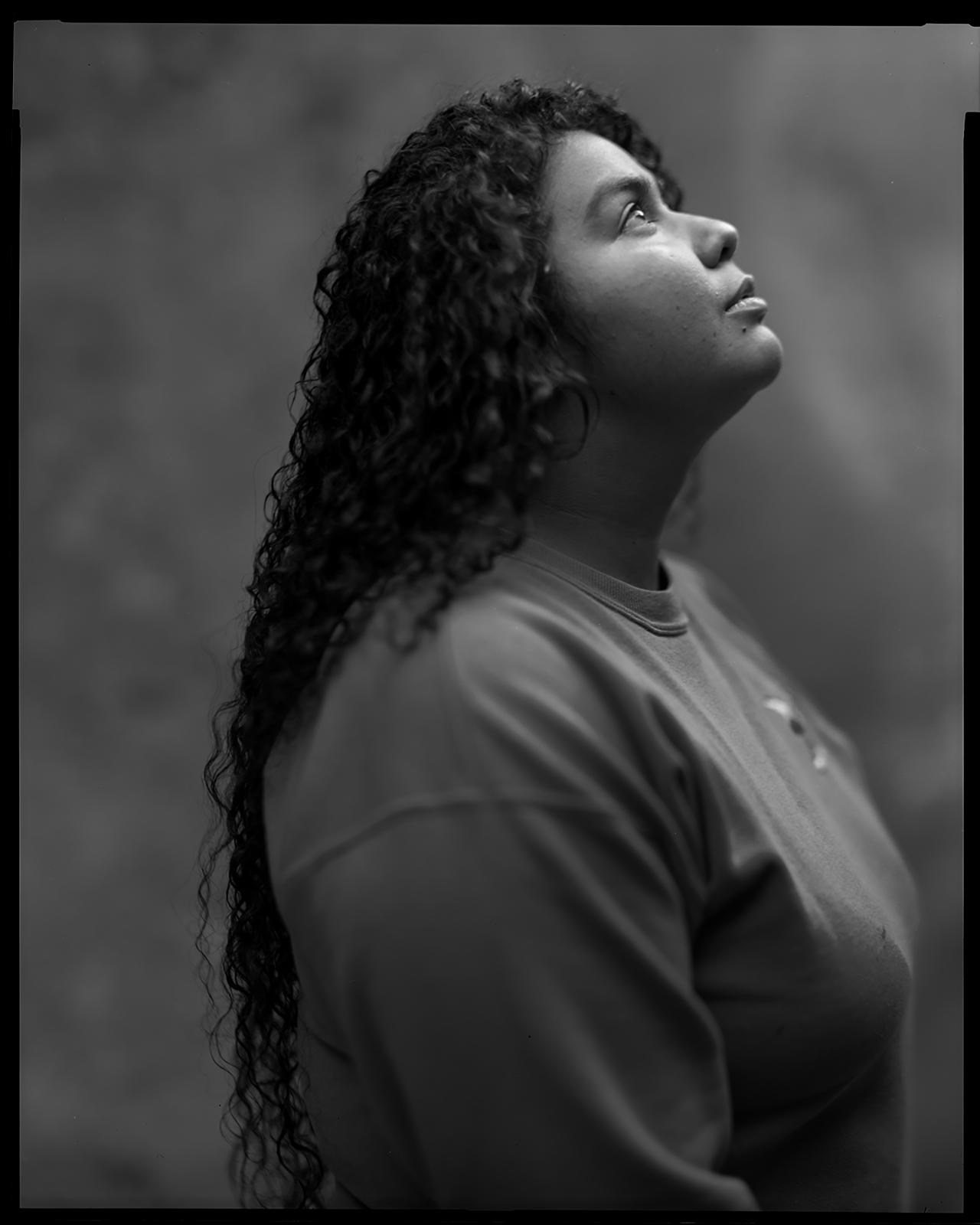 Nohemy, 21 years old, has made this journey alone. 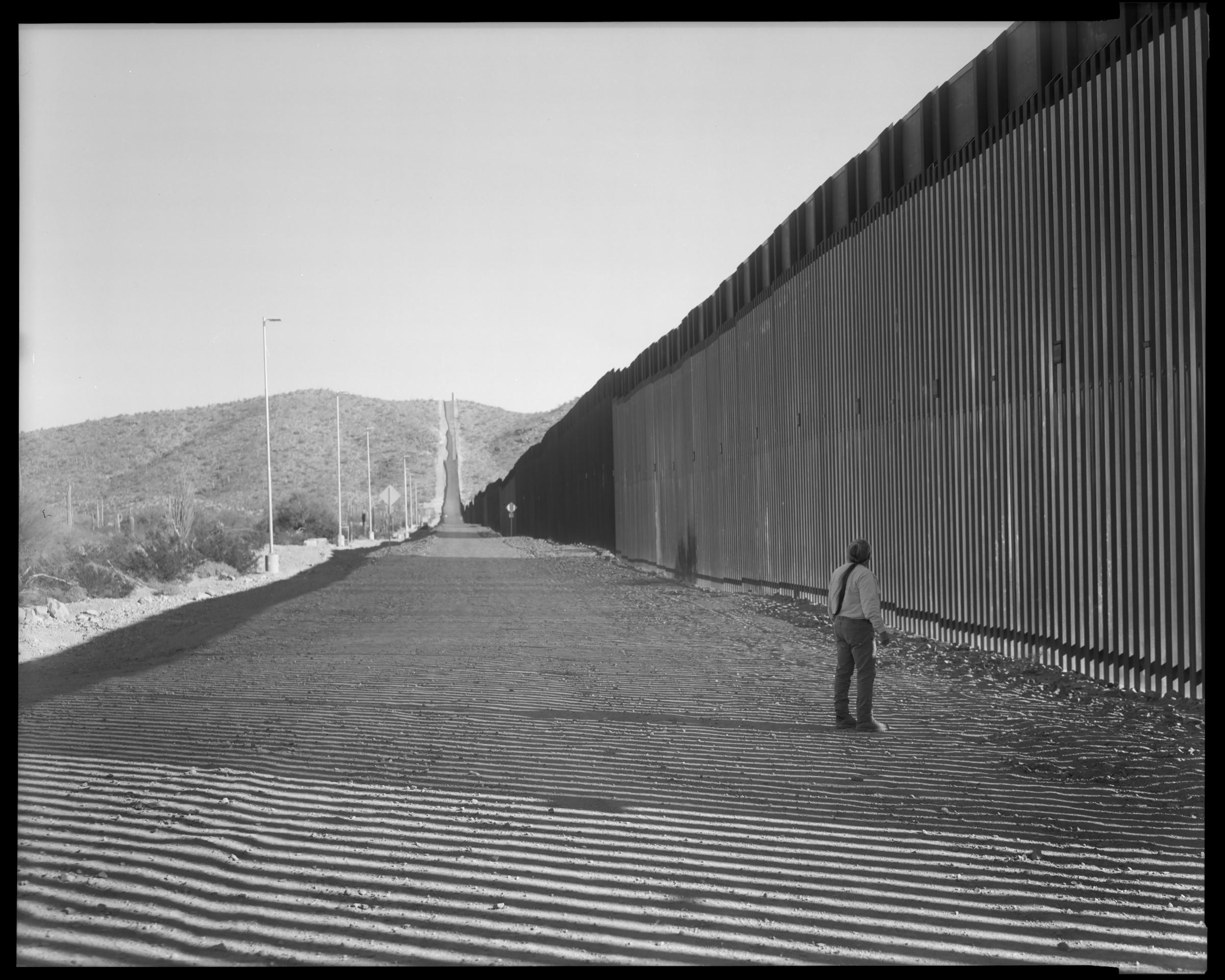 Samuel in front of Monument Hill, where his ancestors are buried, Arizona, 2021 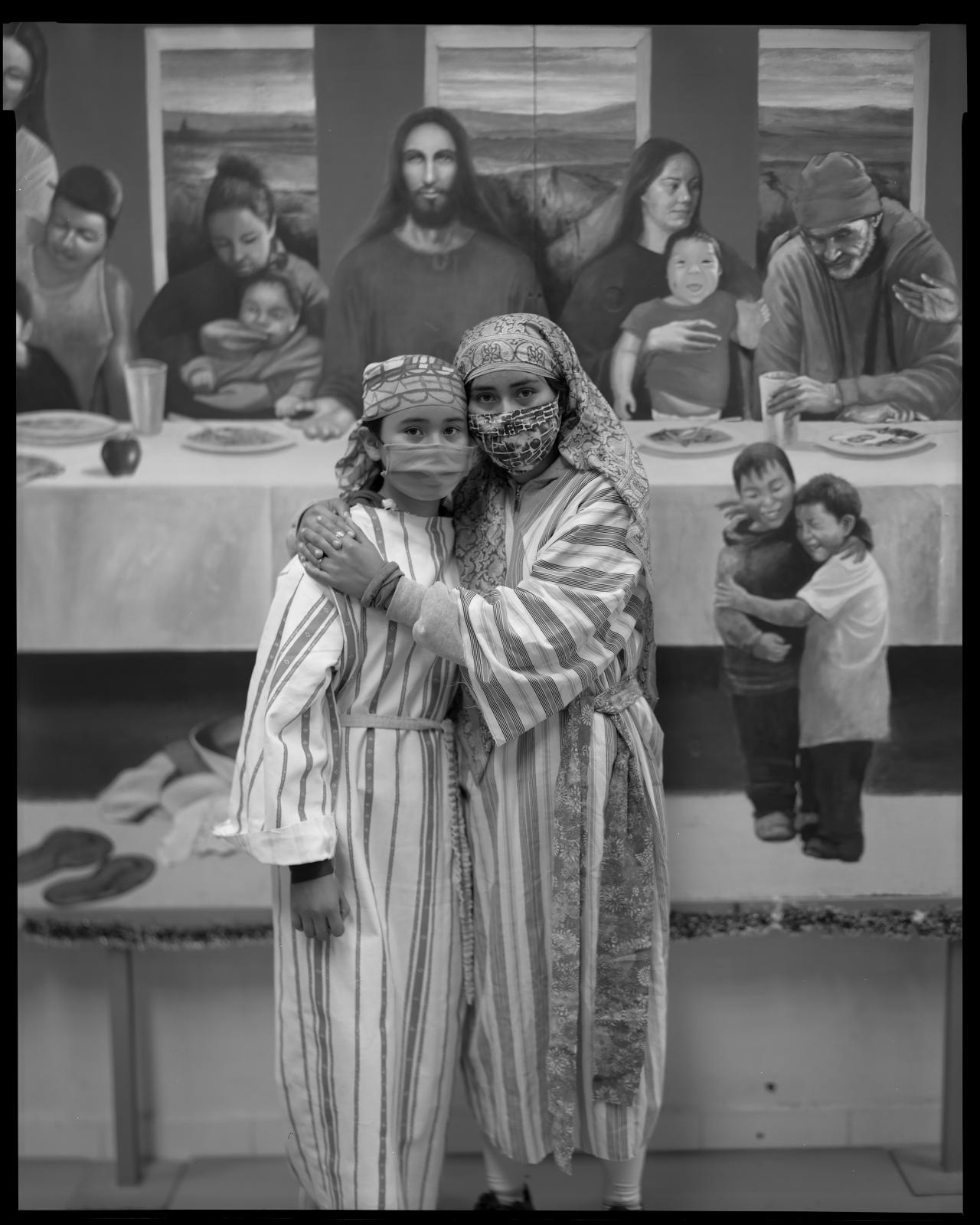 Rosario and her daughter try on their outfits for the binational Posada. 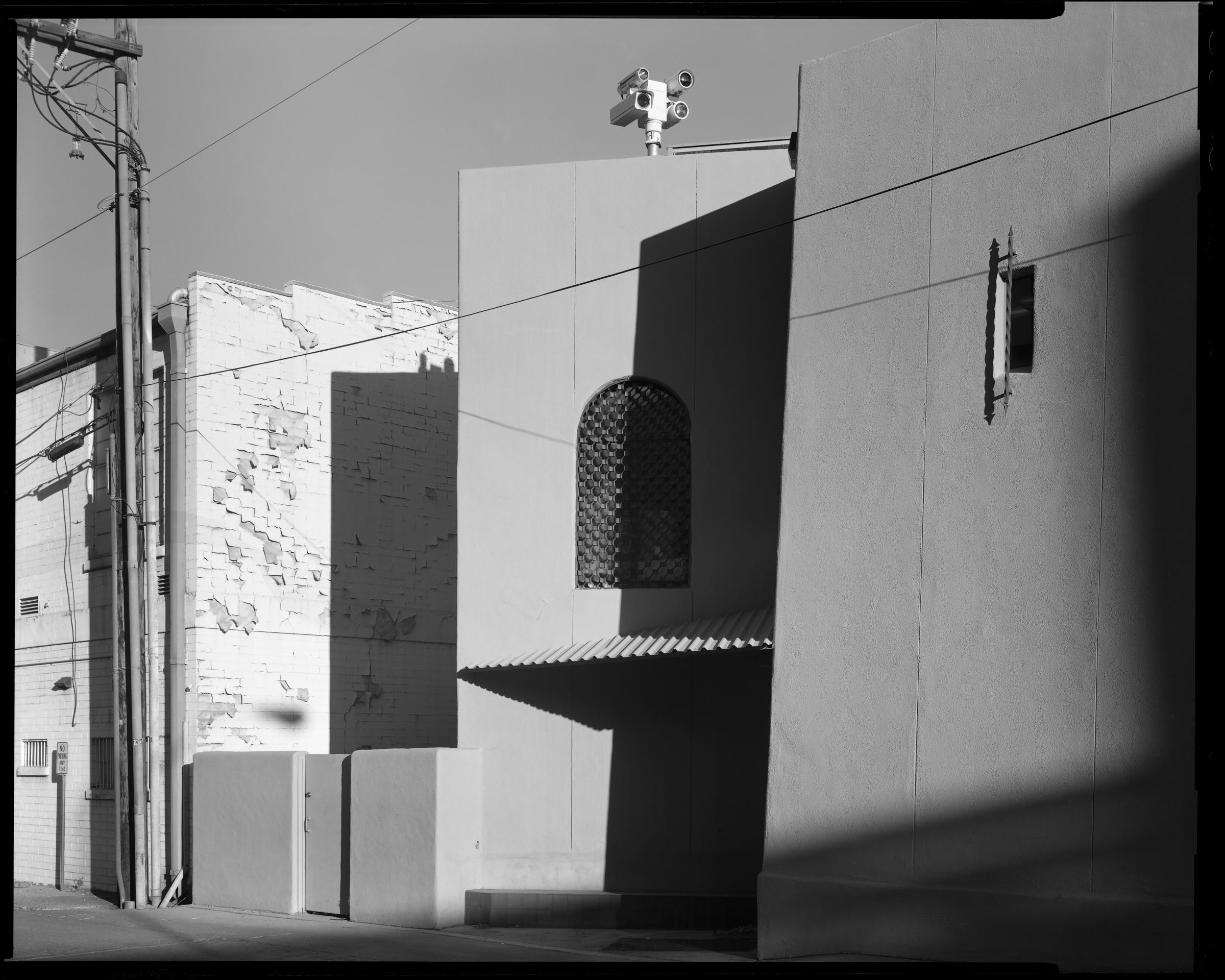 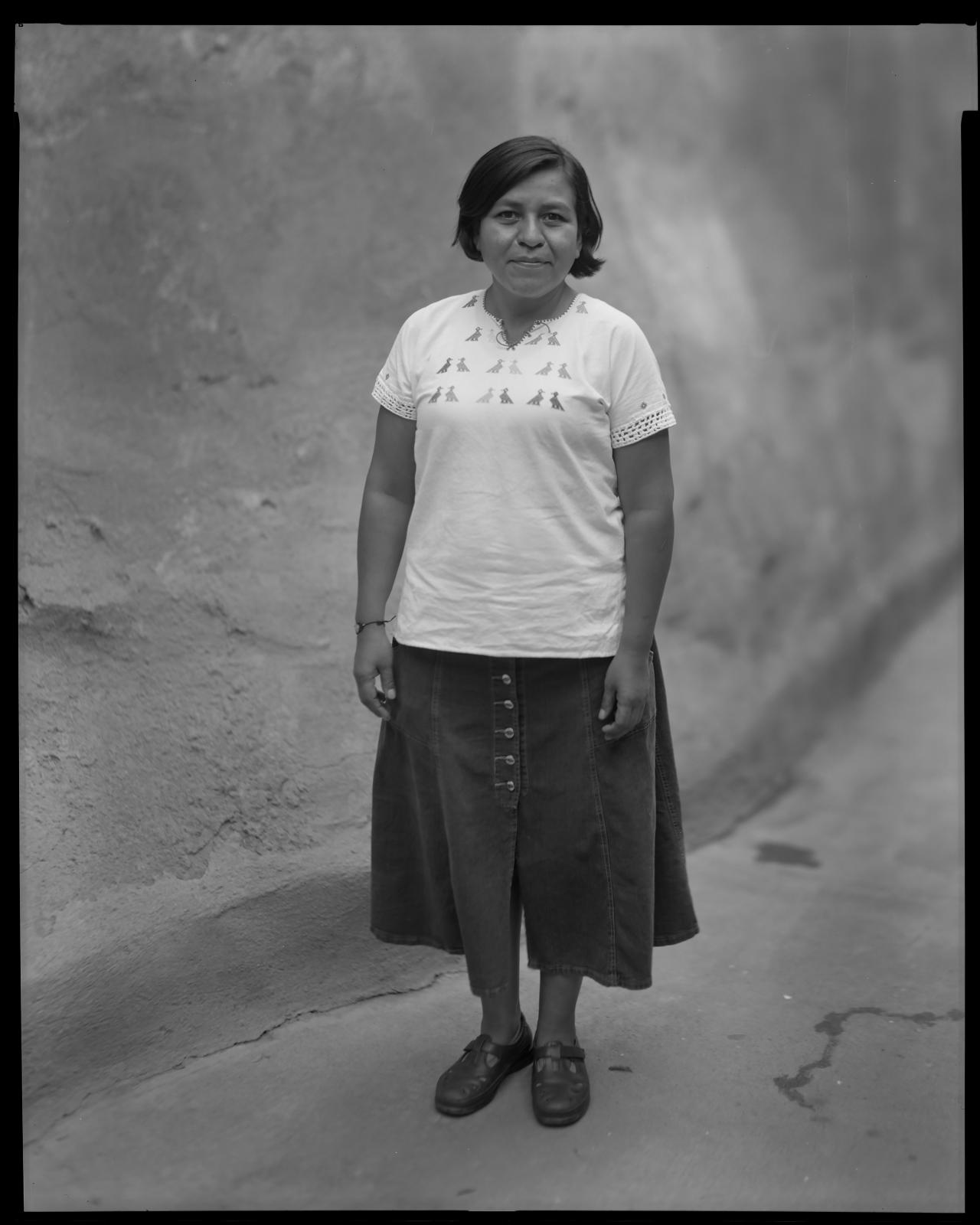 Sister Luz Elena has been working with Kino Border Initiative, a shelter and comedor for migrants, for many years. 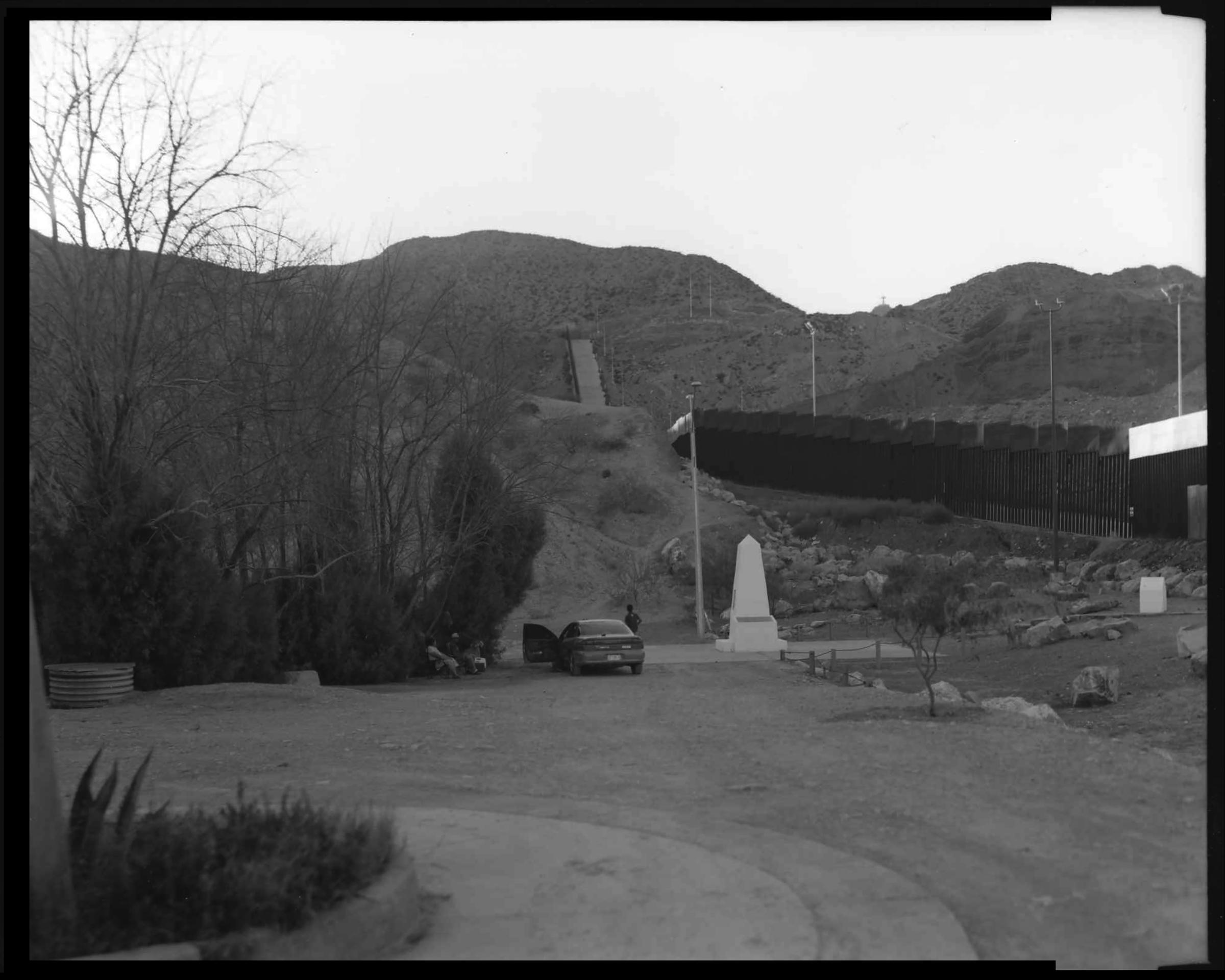 This is the portion of wall funded by Steve Bannon, with a clear migrant trail visible at the wall's end. 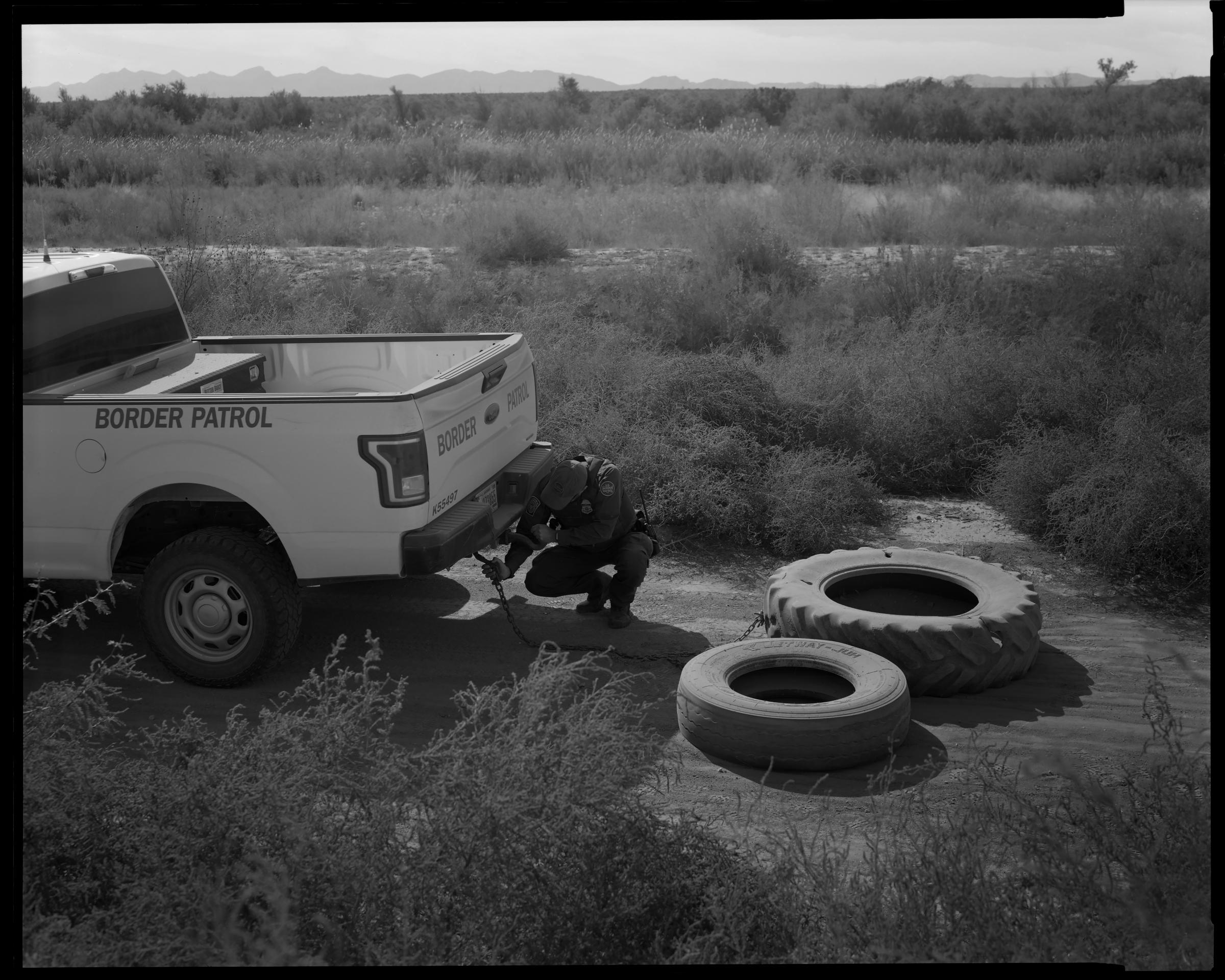 Border Patrol drags tires in the dirt along the border to be able to clearly see footprints. 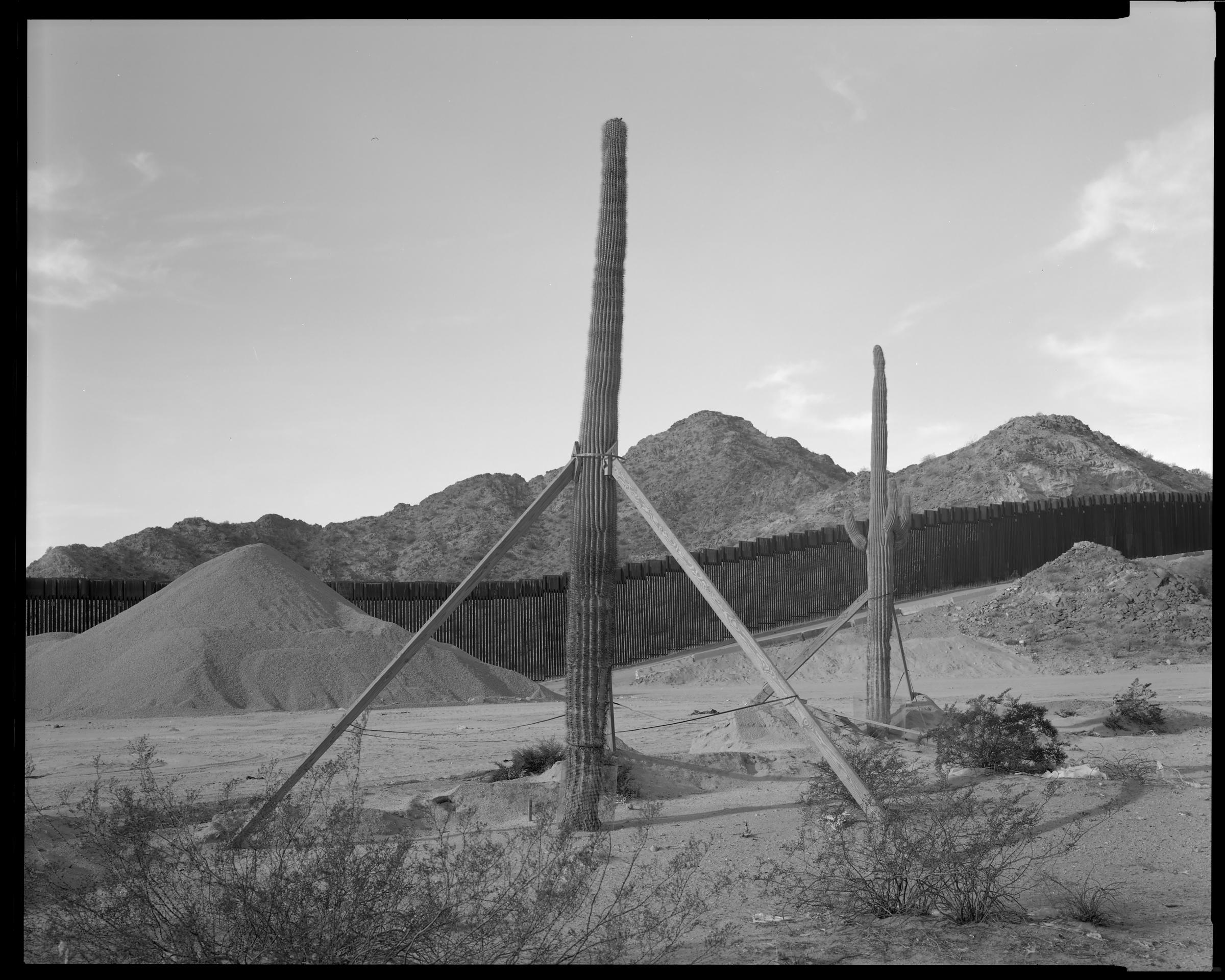 In this landscape, the environment has often been disregarded.  But here, these replanted saguaro cacti seem to have more value to those in charge, than the life of the people on the other side of the wall. 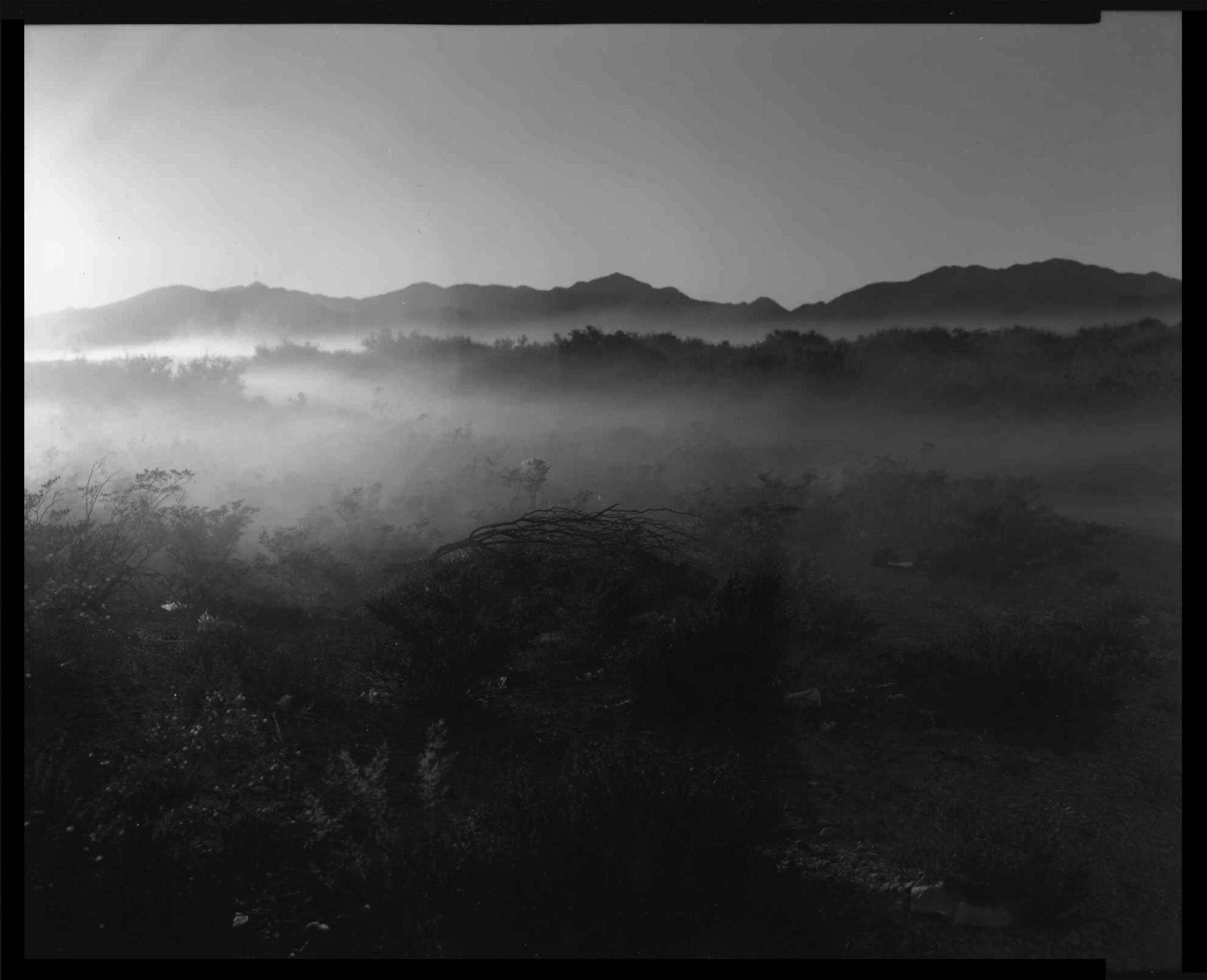 Here, dust from a border patrol vehicle rises above the desert landscape. 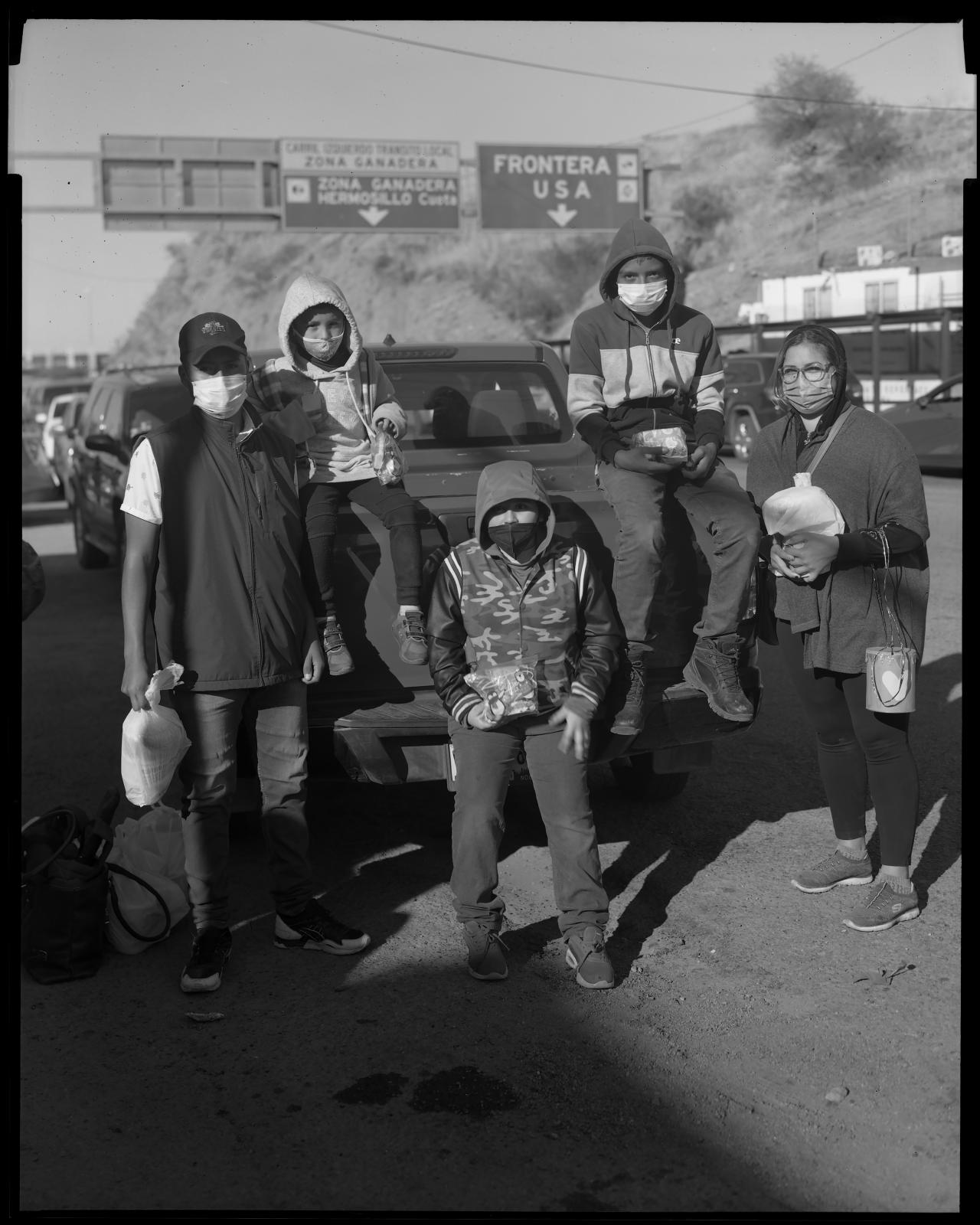 Aurora, with her family on the Mexico side of the border of the United States. 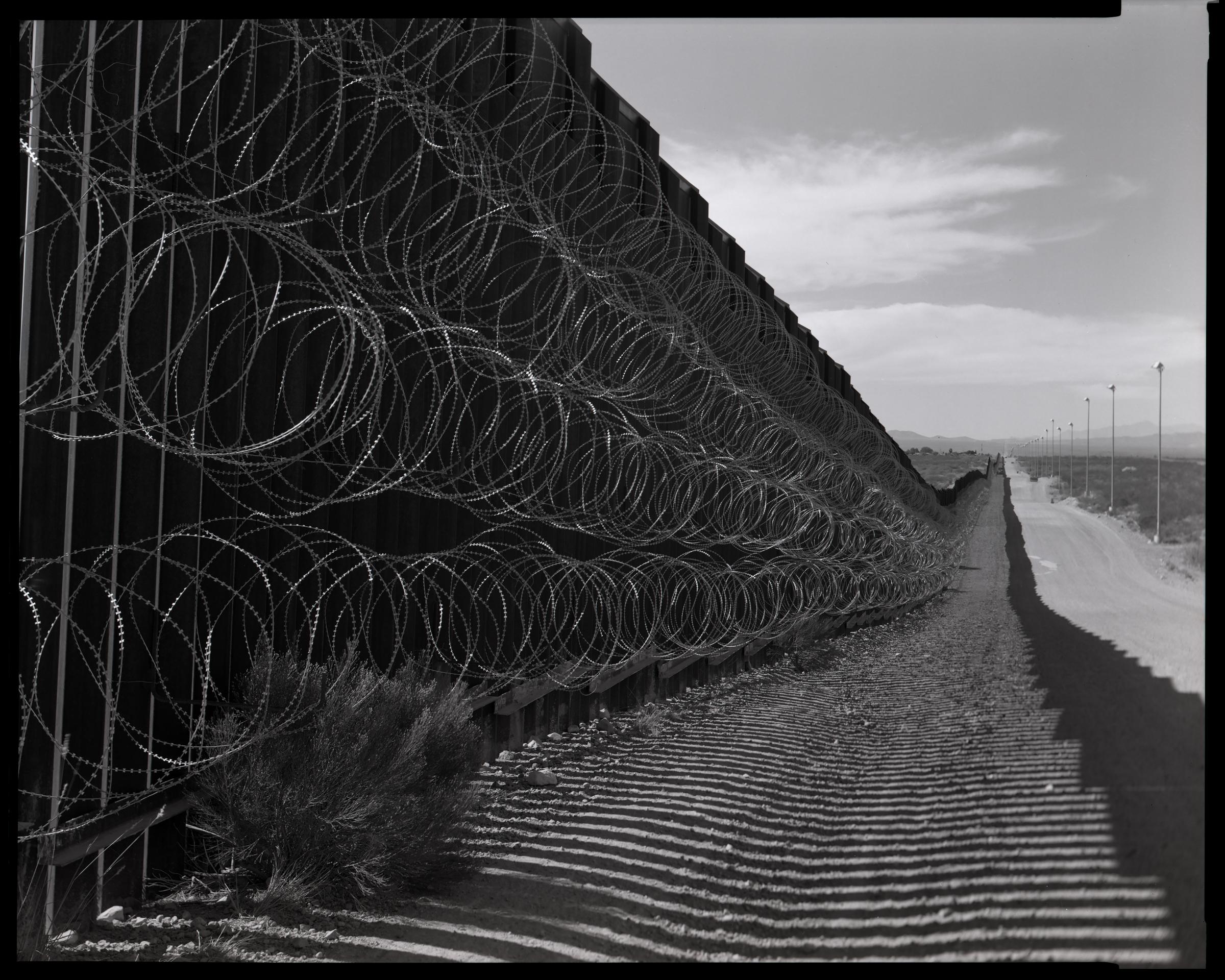 Concertina wire was strung along the wall in Douglas, Arizona. 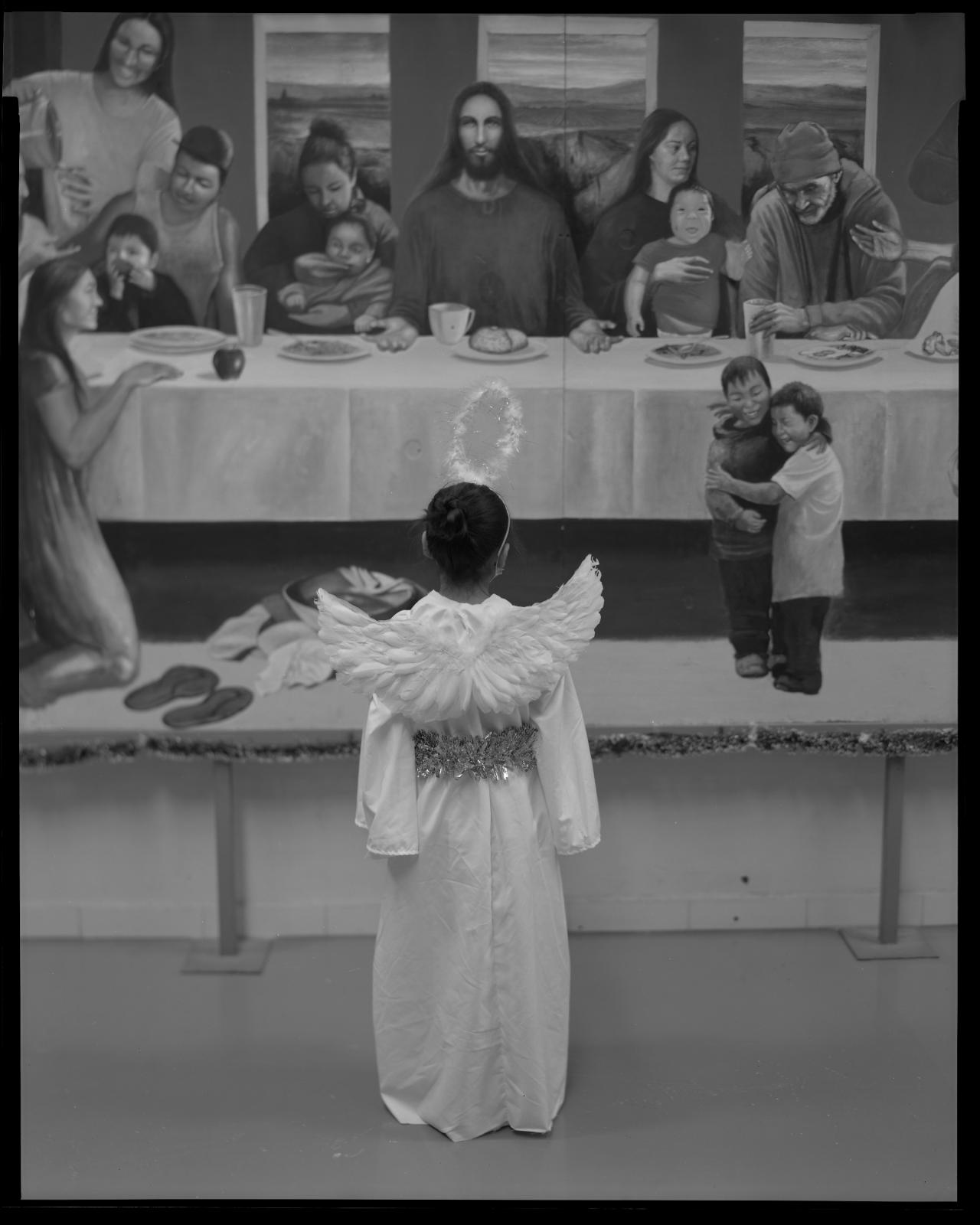 A young girl is trying on her Posada outfit.

Lisa Elmaleh, 1984, USA, lives in West Virginia and photographs with an 8x10 camera across the United States and at the Mexico Border.